Do you want to convert chinchilla years to human years? The average lifespan of a chinchilla is 8-10 years, but as a pet and with proper care it can live up to 20 years.

Chinchillas age faster than humans, but have similar life cycle. And we can use it to calculate your chin's age in human years.


So now you can find out your chinchilla's human age, for example:

How do chinchillas age?

You can lean more about each in our article

There is no accurate way to tell the age of a chinchilla unless you know it's birth date.

By the age of one year chinchillas reach their adult size. And after that you can tell if a chinchilla is more or less old by watching your pet's behaviour, activity level, shedding and some other factors.

The oldest chinchilla, according to the Guiness Book of World Records, was Radar the chinchilla, who died at the age of almost 30 years (which could be 270-300 years in human years!) 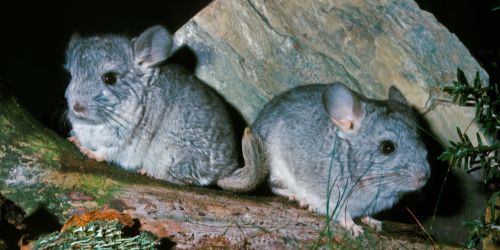