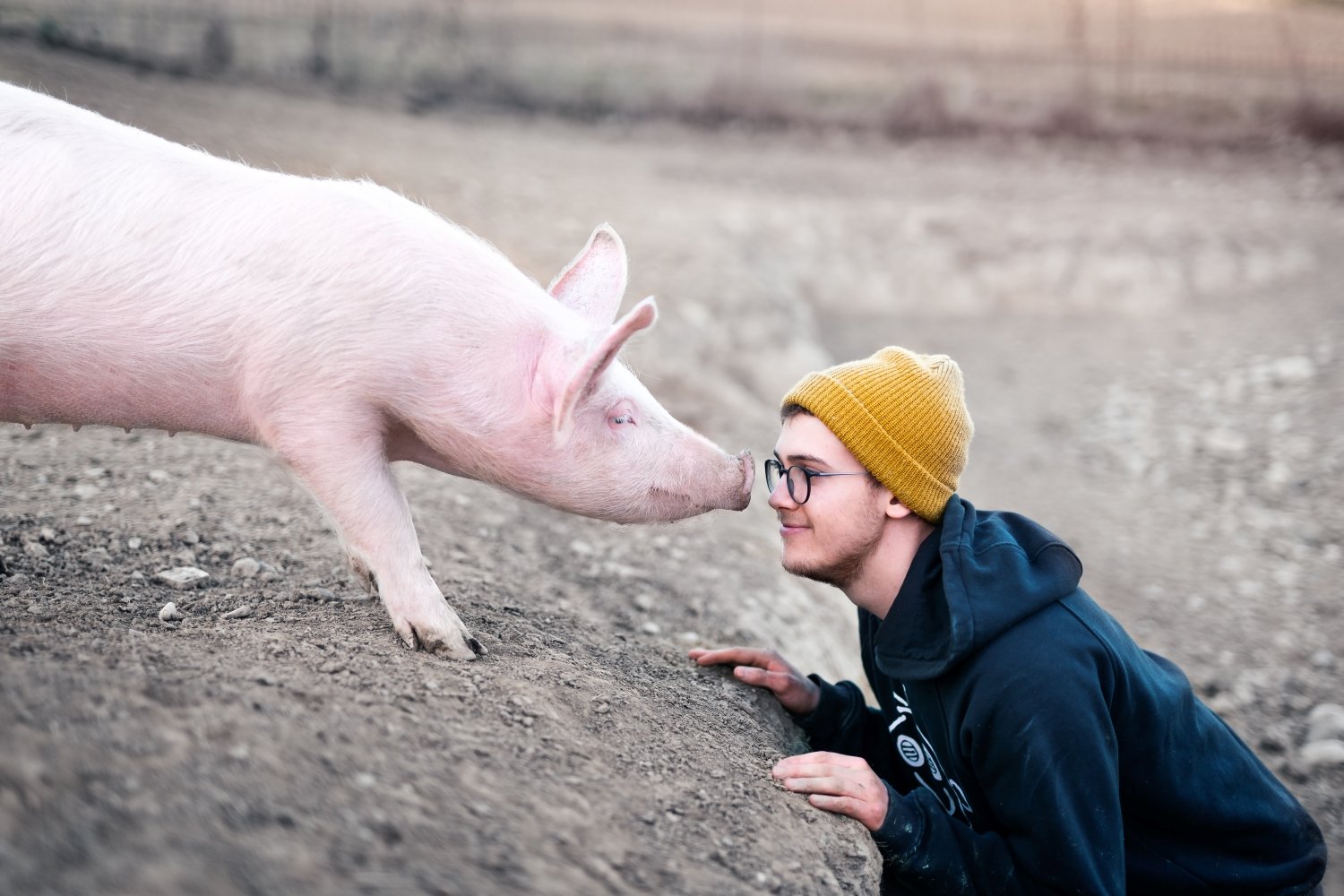 Photo by Benjamin Wedemeyer on Unsplash

Pigs are intelligent animals. You can train them to do many things. They are also very social creatures and love to play. Do you know how long pigs live? What about their life cycle?

Pigs are common farm animals and are often used for meat, leather, glue, and many other products. The most common breed raised on farms is the large white pig. In some cases, people keep pigs as pets.

This article will discuss everything you need to know about pigs' life span and life cycle.

Pigs can live from anywhere between 15 to 20 years. Therefore, if you intend to purchase a pig for domestication, you should be aware of this, as it is a long-term commitment.

Potential pig owners often overlook the life span of pigs because it seems like such a long time compared to the average dog's or cat's life span. It might seem daunting at first, but once you care for one properly and make sure it gets enough exercise, food (they love fresh vegetables!), water, then it'll live happily ever after in its new home with you!

The longest living pigs are domesticated pigs kept as pets. These typically live between 15 to 20 years and grow even older in rare cases. The oldest pig to have ever lived was 23 years, 7 months, and 9 days old.

Twenty years is a long time for a pig to live, and a lot happens in that time frame. Keep reading to learn more about the different life stages of a pig. 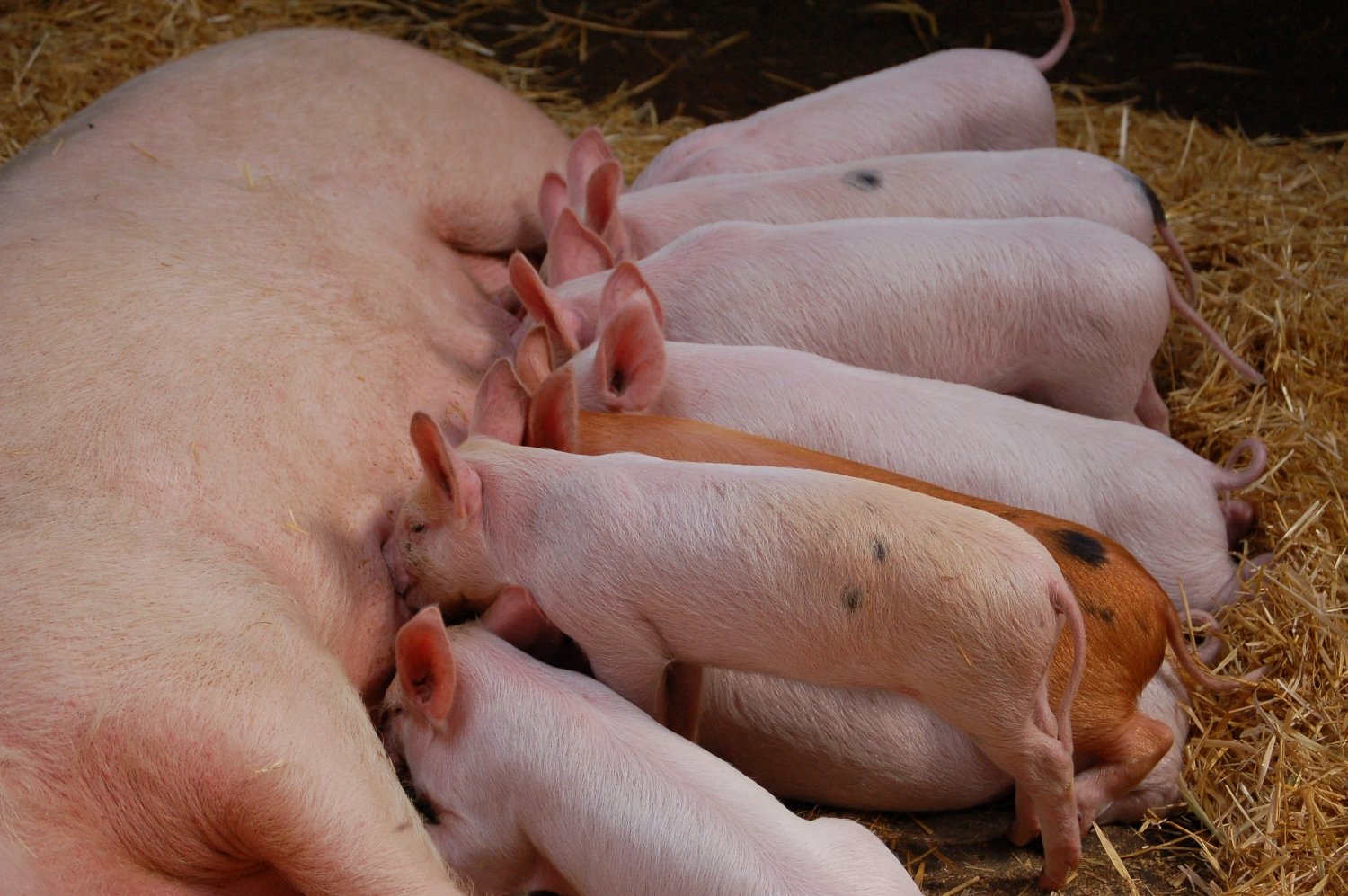 Photo by Alan Roberts on Unsplash

The life cycle of a pig starts when a pregnant sow gives birth to a litter of piglets. Piglets are born helpless and require constant care from their mother. As they can't effectively regulate their body temperatures, baby pigs need to be kept warm for the first few weeks of life.

Piglets need to start feeding on their mother almost immediately after birth and until they are between three and four months old. At this time, they stay close to their mother but are not too shy to socialize with other piglets in the litter.

Piglets are born with a full coat of fine, bristly hair. It protects them from the elements and helps to keep them warm while nursing. The color of their fur will vary depending on what breed they belong to. Some piglets have white coats or black ones, while others may be spotted or striped.

Piglets begin to socialize early, as they are born in a litter. This means that they become accustomed to living around other animals and people. Also, piglets are playful creatures, so they will spend a lot of time playing with one another and exploring their environment. 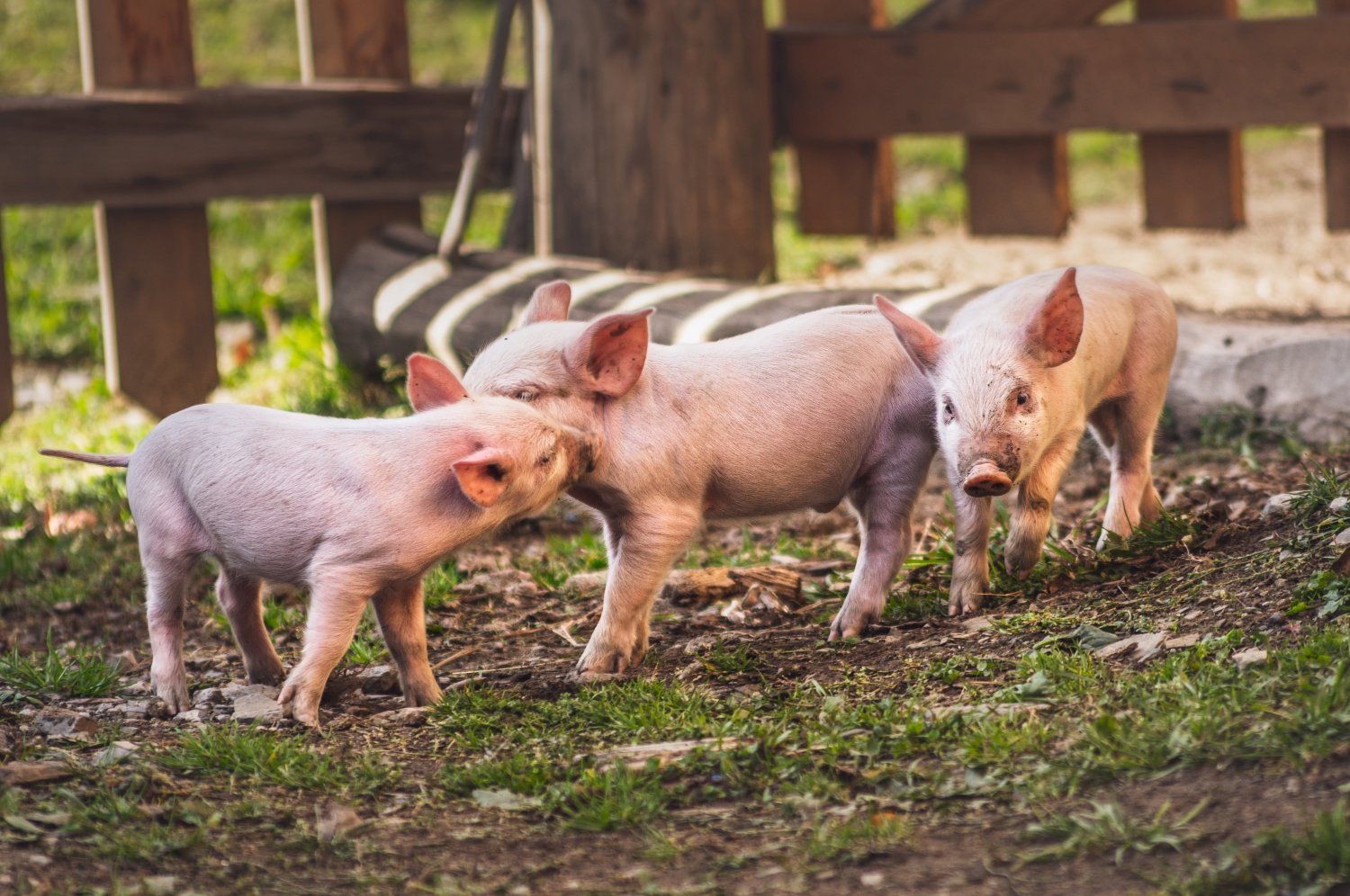 Photo by Marek Piwnicki on Unsplash

Weaning is when a piglet begins to slowly separate from the mother and gain some independence. Piglets need to be weaned by three months old.

Weaning occurs naturally when the mother stops producing milk or dies before it happens on its own (due to illness or injury). Weaning is a gradual process that lasts several weeks and ends at around four months.

A piglet will begin eating solid food while still nursing from its mother. Eventually, it will stop nursing altogether and start consuming only solids until finally becoming weaned off all milk consumption entirely.

The time frame during which a young mammal goes through this transition varies among different species. Some animals go through this process quickly, but pigs are emotional creatures, so they tend to take up to six weeks.

Weaned pigs are called "weaners," which means they have completed the first stage of life where they were dependent on their mothers for all needs. 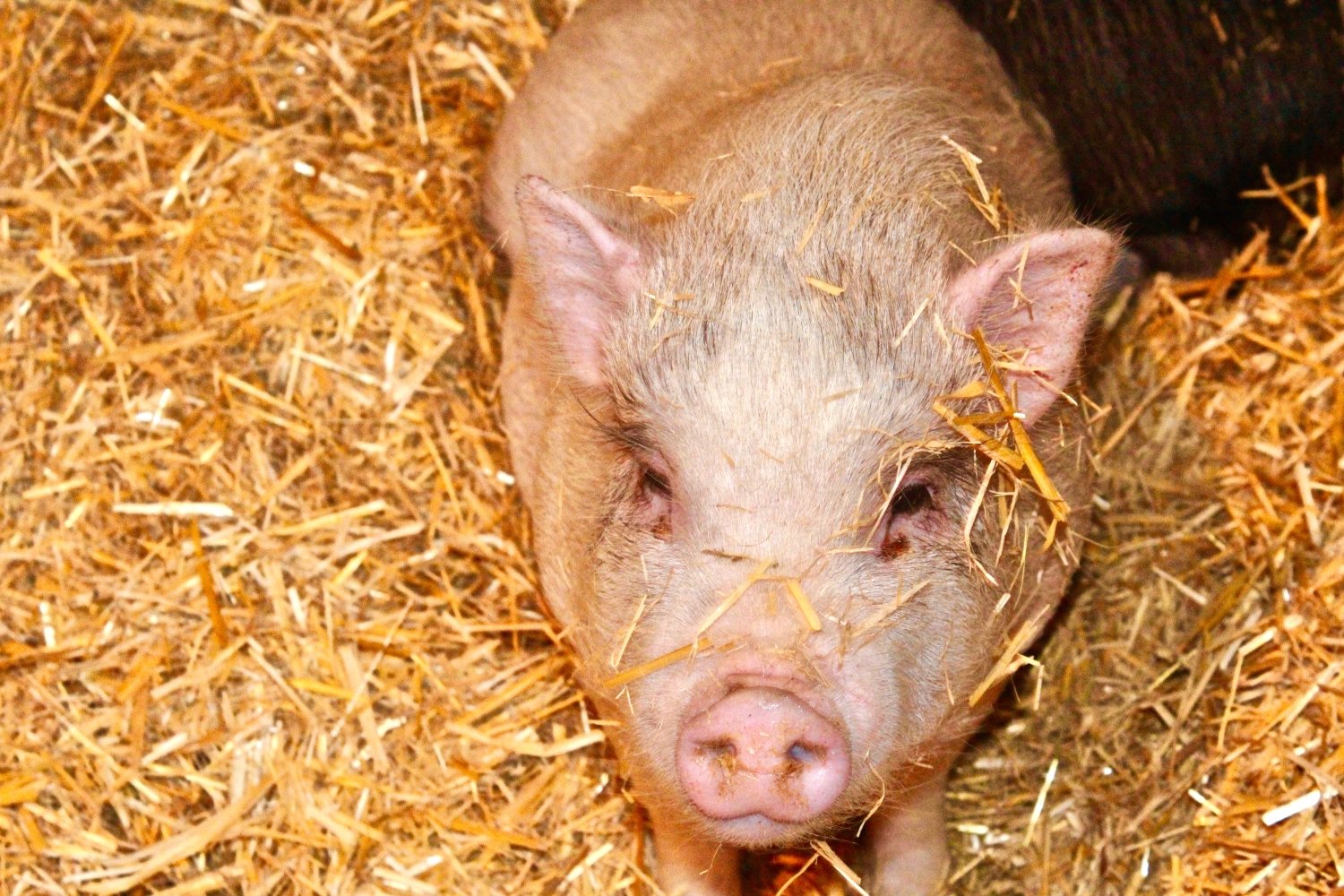 Photo by Madeline Ingram on Unsplash

After weaning, piglets enter their adolescent stage. This is a time of growth and development as they physically mature into adults. Piglets will continue to grow in both size and weight until they are around six months old; at this point, they reach their full adult size.

Adolescent pigs often stick with the herd until they reach sexual maturity. At this time, they will also begin interacting with other pigs in the herd and mating.

In captivity, adolescence is an important time for pigs' continuing socialization. Suppose you have other pets and bring an adolescent pig home. In that case, it's essential to understand the temperaments and personalities of your pets before doing so.

Pigs are not good at self-defense, and an aggressive pet may injure a new pig. So make sure to be mindful of this while facilitating socialization. Many pigs are playful and outgoing, which most dogs take well to.

Sexual maturity is the age at which pigs are capable of reproducing. This occurs around the age of six months. Note that if you intend to breed your pigs, it may be a good idea to wait until a sow has gained enough weight before doing so. In this case, her litter might have better survival rates (piglets require a lot of energy).

Most female pigs will mate during their second estrous cycle after reaching five or six months old. Of course, there may be some variation depending on breed and environmental factors such as temperature.

The gestation period for sows is between three to four months on average. During this time, it's crucial to ensure your sow is well fed, rested, and looked after.

Male pigs reach sexual maturity by the age of 12 months, but sometimes sooner — as early as six months. If you do not want your male pig to breed, it is important to have it neutered before it reaches sexual maturity. Also, it's crucial to keep male and female pigs separated to avoid unwanted breeding, especially when the female is in heat.

After a sow becomes pregnant, it will look for a place to give birth. The average litter size is around 10 piglets but can range anywhere from 1 to 12.

The birthing process usually happens very quickly; the sow may take just minutes or up to an hour to deliver its entire litter. Pig mothers are protective of their young, so keep your distance during birth, but keep watch to monitor the mother.

For any given breed of pig, adulthood and sexual maturity are reached by the age of five years. It is common for all breeds of pig to reach this age and will vary significantly in life expectancy from there.

Pigs raised as livestock will likely be slaughtered around this age. As for pigs in the wild, they may live longer or less. It depends on many factors in their environment, such as hunting and wild predators.

Although many adult pigs can live up to 20 years, pigs are considered senior at around 10 to 15 years old. Their health may begin to deteriorate at this age, and their eyesight and hearing will diminish. Depending on their activity level, they may develop arthritis or certain cancers.

Now you know almost everything about a pig's life. Their life cycle is simple, and its quality depends on many environmental factors. And if bred for caring, pigs typically live between 15 to 20 years.